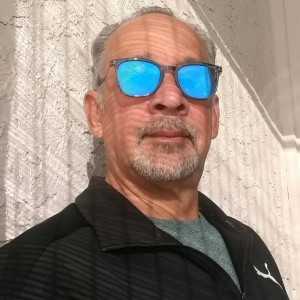 Entrepreneur, Business Coach, Digital Marketer, and Adventurer. Life is a journey that is meant to be experienced one day at time.

I want to share with you the Five Secrets to Attract More Prospects to your network marketing business written by Super Affiliate AND #4 All-Time Income Earner Elite Marketing Pro, TYSON ZAHNER

So, let’s get started!

Because let’s face it, there are lots of things that make someone attractive, beyond just their looks.

Instead, I’m talking magnetic quality of attraction that naturally makes folks want to flock to you, desire to be in your presence, and hang on your every word.

Ready to dig in?

First up, attractive people are more interested in listening to the other person than they are in hearing themselves speak.

Have you ever dated somebody who talked about themselves the whole time?

(I think there’s actually a country song that says something like, “I want to talk about me.”)

We are our absolute, number one favorite topic

Your prospects are the same way.

Thus, if you are more interested in getting to know them than you are in talking about yourself, you will instantly become more attractive.

Unfortunately, especially in business, most people immediately “throw up” all over their prospects about their product, service, or opportunity.

That turns people off!

If you do that, it will instantly make you unattractive.

If you’ve never heard of Jay Abraham, you should definitely study some of his stuff.

Once, after a marketing event where he was a keynote speaker…

He sat dead tired at the bar

The last thing he wanted to do was to strike up conversations with strangers after a long day.

As he was sitting there, a guy started talking to him.

Jay thought to himself…

Oh man, I don’t know if I can muster up the energy to carry on a conversation.

So he just asked the guy a question…

What do you do for a living?”

And then he just shut up and listened, genuinely interested in what the guy had to say.

He didn’t talk about himself at all.

When the guy finished answering, Jay would just ask another question.

And the guy would go on for another ten minutes.

You know, I need to head up to my room and get some sleep because I have another full day tomorrow.”

I have met a lot of people in my travels, but you are one of the most interesting people I have ever met.”

“What is he talking about? I didn’t say anything about myself at all.”

And then it dawned on him…

Next, attractive people are not needy, clingy, or desperate.

We all know about needy, clingy, desperate people—you know, the ones who text you, and three seconds later text you again with…

Why didn’t you text me back?”

Unfortunately, we see a lot of them in this business.

These people are so addicted to having that one prospect or person say “yes.”

That neediness, clinginess, and desperation make them very unattractive.

Nobody likes those people.

To be more attractive…

That’s not to say that you should act flippant or not care about people.

You should absolutely care about them.

Instead, you need to develop a little aloofness.

You need to come from a posture of “divine indifference.”

When you adopt that kind of an attitude, you won’t come off as needy, clingy, or desperate to your prospects, which makes you more attractive.

He who cares the least holds the most power.”

It’s not about being flippant or uncaring, though.

Rather it’s about being realistic.

If this person doesn’t join, I know there are lots of other fish in the ocean. I’m not addicted to this one person’s decision. If they say ‘no,’ my world won’t end. My life will go on. I’m won’t weep and moan and follow up with them forever. I refuse to position myself as needy and clingy.”

Next up, and importantly, attractive people don’t operate with a hidden agenda.

We probably all know somebody in our lives with a hidden agenda.

Every time they do something nice for you, they expect reciprocation.

They’re not doing the nice thing just because it’s nice.

They’re doing it because they want – and expect – something in return.

They might give you a gift, but they’re hoping you’ll post pictures and thank them on social media and say…

Oh, you’re so wonderful. Thank you for this awesome present.”

…giving them public recognition so they look good.

Doing something nice can be as simple as sharing valuable content on the Internet, or helping someone solve a problem.

Unfortunately, in the home business industry, we see this all the time.

Hey, what are you doing, John? I haven’t seen you since high school. How’s it going?”

The ask questions that make it seem like they really, genuinely want to connect.

Then just a few seconds into the conversation, they abruptly switch to…

Oh hey, by the way, I’ve got this deal you should look at.”

It’s an act. A false front.

The person they’re talking to knows it.

He wasn’t interested in talking to me at all. He just had an obvious hidden agenda. He just wanted to sell me his thing.”

Go into any relationship genuinely wanting to help the other person solve a problem.

That will instantly make you more attractive, and make people want to help you in return.

Next, attractive people are confident.

…and confident people are attractive.

It’s interesting that two people, especially in home business, can follow exactly the same script (and get different results).

This is why scripts are in large part nonsense – even though they give you a good framework to have a conversation.

Even so, I’ve heard some top earners say…

Here’s my script, it’s exactly what I say.”

All the fanboys and girls react by saying…

Oh God, I got to write down exactly what he said.”

They try to use the exact same script, and it doesn’t work

One reason might be, just as Eric Worre says, that…

If you had great relationships with people, who perceive you as a successful person, and you’re talking to people about creating financial success, then that will have more bearing on whether you are successfully using a script.

But another reason is confidence.

Two people might say exactly the same thing, but because one person says it with no confidence it won’t work.

The successful person comes from a “take it or leave it” attitude.

I understand that you need what I’ve got more than I need you to join me or buy from me.”

That person has confidence in their offer and their ability to help other people, so the script will work much better.

No matter what “script” they use, they’ll still perform better, and therefore they’re more attractive.

Some people say to me…

So how can you have confidence when you’re brand new, or haven’t produced many results yet?

If you haven’t read Secrets of the Millionaire Mind, by T. Harv Eker, I strongly recommend it.

Eker, talks about the difference—a paradigm shift from…

What most people think is this:

Successful people understand that it’s “be, do, have.”

So look at your own thinking.

If you’re coming from “have, do, be,” you need to flip the script!

Go out and be confident, and the results will come to you.

When I first started doing video, people said to me, “Tyson, you’re so natural on video.”

Believe me, I wasn’t natural—at all.

I had a script taped to the bottom of my phone or camera, and I’d kind of glance up and down it seemed like 50,000 times during a single video.

A lot of my lack of confidence was because I didn’t have as much knowledge and experience as I have today.

Once you just get out there and fall down a few times, you’re going to get better.

The more you invest in your knowledge and become one of the most well educated in your field, the more confident you’ll become.

Man, I know more about X, Y, Z topic than almost anybody else!”

That kind of confidence will instantly make you more attractive.

Let me go back to the dating world for an example.

I’m not exactly the best-looking guy in the world, but I have a hot wife.

We started dating a long time ago, back when I was even funkier look.

I had a mullet and a mustache.

In my defense, that was back in the ’90s, when mullets were a thing.

She found me attractive because of some of my skills.

I was a musician. And I made her laugh.

Man, that guy’s got confidence, he’s got skills, he’s got some ability, and he’s talented.”

That skill and confidence makes those musicians a lot more attractive than they might otherwise seem.

You look at how physically weird looking some of them are, and you might wonder…

Holy crap, how in the world is he getting those girls throwing themselves at him?”

Even in our business.

When you have developed a skillset and can confidently say…

Look, I can help you succeed in your business because I know how to X, Y, and Z.”

I’ve got a great comp plan, a great product, and a ground floor opportunity.”

When you tell prospects…

I’ve built a system to help you succeed.”

I’m going to give you personal coaching based on my knowledge of recruiting, closing, building systems for duplication, or whatever.”

Okay, so here’s a quick recap of the five secrets all attractive people know…

I hope you’ll put these tips to work today.

Now’s the time to start!

Knowledge and skills will…

The best way to work on those skills?

You’ll discover proven ways to use the Internet to generate leads, separate the “hot” prospects from the “suspects,” and get people who already want what you have to call YOU about your business.

This is the same system Ferny Ceballos, Chief Marketing Office EMP, used to grow a 6-figure network marketing business before he was 28 years old, and still uses to this day to passively generate 300–500 leads per day, 30–50 customers per day, and onboard 70–100 new serious business builders each month.

So if you’re ready to get started, click the image below…